Cooking Naked with a loved one.

Ok, let’s get rid of the obvious question for those meat eaters and a question I get lots “how do you cook bacon without any clothes on” It’s one of those jokes people can’t help but make about nudists, and it shows how misunderstood nudism is. Many people will only think about the pitfalls, spattering fat, minor burns etc and not the huge benefits it can bring. Embracing the nudist lifestyle has given me permission to feel my feelings to see myself! If you really want an answer to the bacon thing just try it you don’t wear gloves cooking, do you? Or you can pre-cook in the microwave if you are that afraid, render off some of the fat and water.

Some historians say the modern naturist movement in the west emerged in Europe in the 18th century as a means of promoting health, exposing the body to fresh air and sunlight; others trace its origins to Germany in the 19th century, as an effort to resist industrialisation by living simpler and closer to nature.

According to a recent survey by HelloFresh, 15% of American adults (about 36 million people!) admit to cooking in the nude! No-clothes resorts, groups and beaches are everywhere hidden away unless you are looking for them. Erich Schuttauf, the director of the Association for Nude Recreation, said they tend to skew to an older, more educated and wealthier collection of people. There are groups for younger people too in the UK there is a Young British Naturists group for 18-35-year-olds check them out here.

Seth Goldman, CEO of HelloFresh U.S. says that the results of his survey just prove what he already knows – cooking is sexy! And what better way to prove that than by preparing a delicious, wholesome home-cooked meal for or with your significant other.

That HelloFresh survey also found that 29% of those asked thought that a fantastic meal can be better than or even more satisfying than sex. When asked, one in five people will admit that someone that cooks well is just as much of a turn-on as someone that has a good body. And with that, about 25% of those asked in the survey said they have either tried to impress or even seduce someone with their cooking. But probably the strangest answer in the survey was 2% of those who answered said that they were “not sure” if they have ever cooked in the nude??? So do you want to turn up the heat in your relationship? Start slicing & dicing with your significant other!

Share some of your local hidden gems in the comments I would love to build a list of all the naked activities around the world! Cooking Naked with a loved one. 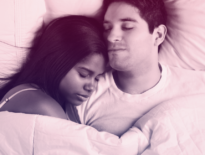 Dating What is the most intimate, non-sex thing you do wi…
0
Share This