I Call Bullshit, On The 8 Lies I Tell My Husband

I was reading a little piece on Huffington Post called 8 Lies I Tell My Husband (That Actually Make Our Marriage Stronger) by Lucy Clarke, and quite frankly, I call bullshit.

I’ve never been married before, but I have been in a couple of long term relationships, and I have learnt plenty about what works, and what can hinder an honest relationship. Tip number one: a white lie is still a lie. So I thought I would go through the tips (lies!) outlined in the article and explain why I disagree. So the writer says that she lies about her enjoyment of sex for a happier marriage. Her husband is still up for nookie but she would rather be sleeping or doing laundry. Here’s why this is oh so wrong… If you’re putting up with mediocre sex just so you can roll over and get your 8 hours in before work, you’re not going to get the sex you deserve, and the sex that deep down, you still want! And it’s likely your partner is just putting up with this mundane, minimum effort sex too! I don’t actually verbally communicate much when I want sex. I don’t even have to say much about the stuff I like – it shows because I never fake anything and if I don’t like something I tell my partner right away! We’re not always at it like rabbits, but when we do get down to business, honesty is the key ingredient. We hold nothing back. If I’m horny after I’ve swallowed his load I will happily play with myself in front of him rather than pretending that I’m finished. Likewise, if I’m flagging and he’s almost there, he usually takes things into his own hands, so to speak, until we’re both satisfied. Sex is such an important part of a marriage. We all deserve some good loving, so don’t cheat yourself and your partner out of it for the sake of getting an early night.

Apparently, sparing your partner’s feelings is better than being honest when it comes to weight. I disagree. Scales do not lie, and neither should you. It’s really important to be a realist. That doesn’t mean you have to be critical. You can say “yes, you have put on a few pounds, but I love you exactly as you are”. You can be reassuring without being dishonest or sugar coating things. I’ve put on a stone since meeting my partner. Maybe more than that! And he doesn’t pretend that I haven’t gained weight. But what he does do it look at all the things he loves about me and my body. My new boobs that seemed to grow overnight. My curvy bum. He says I’ve got an hourglass figure and I feel so comfortable in my body. His honesty has helped me become more accepting of the body I have right now, rather than wanting the body I had a year ago. I’m not so good when it comes to this because he tells me he’s put on weight, and I can’t see it. It might be my love goggles. I don’t think I’ve stopped growing more and more in love with him and his body. But if he says he’s put on weight I won’t disagree with him because I’m not going to lie to him.

I’ve always told myself that I should settle down with the person who’s face I want to wake up next to day in, day out, for as long as we’re still in love. So I don’t understand why the women who wrote the HP article seems so out of love with her partner’s looks. I’ve been there. I’ve been in the relationship where my looks are overlooked, where the effort I made in that skimpy navy blue velvet dress with no bra went completely unnoticed. I guess it’s different for different people. I personally want to know that comments made about my looks are sincere. I’m not a charity case. I don’t need pity compliments. I want to feel truly wanted as a sexual being for exactly what I am. I’m no classic beauty and I can’t smile in a picture for shit, but I get off on thinking about my partner exactly as he is – his face, his body, his voice – it’s all a turn on for me and I don’t think anyone should settle, or they should at least not be lying about it. If you don’t think your partner is the hot stuff, I’m not saying you should rub it in his or her face, but maybe just not lie about having butterflies when you don’t.

You open up your Christmas present. A scarf, a book by an author you’ve never heard of, a gift card for a shop you never go to, a wok, yellow gold when all you wear is white or silver. You smile politely and say thank you, and you pretend it’s the best gift ever. There’s the old saying “If you do what you’ve always done, you’ll always get what you always got” or something along those lines. So if you keep lying about how happy you were with those white chocolate truffles when you really find them sickly, you’re going to keep getting them.

It’s the thought that counts, but I’m sure your husband, wife, partner, whoever would much rather see the look on your face when opening a gift you really really appreciate. I suck at gift giving. I think I’ve failed on Christmas, Valentine’s, his birthday and our anniversary, but a few weeks ago I got him something I saw him like online, and the difference in his reaction was amazing! If you’re not sure what your partner wants, just ask, or snoop for clues like I did! And there’s nothing wrong with dropping a few hint, like my partner knows that I really love amethysts (I wear them all over apart from my fingers… hint hint ?).

Buying the wrong or right gift can be a great way to get to know your partner better. I’ve come home on a number of occasions with well meaning chocolatey gifts only to find that he doesn’t like what I’ve bought – and now I know all his favourites and he’ll be getting more of the stuff he wants. So it’s very much like the sex thing – if you keep pretending you will keep getting rubbish gifts/sex. The backwards, non-feminist writer explains how resentful she is about her hubby going off with his pals while she is looking after their home and their kids. “Evenings out are his chance to blow off steam, which helps keep our marriage working well long-term” she says, unconvincingly. Nope – sorry, wrong again! It’s fine if both partners are getting time to hang out with friends, but lying about it when you feel like you’re not getting the support with the family life and household chores is only going to lead to more and more resentment! “Oh, but you said you were fine with it” your partner will say when you finally crack under the pressure. My way around it – I hang out with my partner’s friends too when he wants to be sociable, or I make myself busy with my own friends or family. That way there is no resentment of him not wanting to spend time with me, either at home or out on a date night with me.

This one just baffles me. We all deserve to treat ourselves to new clothes and gadgets and things. I’m not going to lie if I’ve just blown a day’s wages on a new dress or another pair of shoes I will only wear once. It creates a sense of guilt. I would much rather own up and send a sexy picture in my new bra or wear my new dress with pride and give him a twirl. If you’re not supposed to be spending, it’s probably for a good reason, so maybe have some willpower or just stop lying about it and digging a financial hole.

I have been blessed with a partner who is great at cooking – even for little old veggie me – and never lies to me when I fuck up dinner. I got super upset a couple of months ago when I tried to cook a nice meal and he left it on the side and made a bacon sandwich, but now I know not to do that again! It doesn’t matter who does the cooking. Eat what makes you happy! I’d much rather cook separate meals than make my partner eat things he doesn’t want to eat. That’s a better way to a successful marriage, rather than resentfully lying over a bowl of too bland or too spicy stir fry for the 100th time. “He has worked so, so hard to get to where he is, and I would be the worst wife in the world to get in the way of that.” Hmmm… I think here’s where I’m going to agree with the article to some extent. I think it’s perfectly ok to voice your concerns and opinions if the commute is bad or you feel it’s a step I the wrong direction or (heaven forbid) you are worried that you won’t get to spend much time together. Voice your concerns, but don’t make it seem like it’s you vs. your partner’s career. My ex really held me back from building the career I desperately needed to fulfil my potential and to get a sense of job satisfaction. That raison d’être. He held me back because he didn’t really have any concerns about my potential or about the money side of things, he was more concerned about not seeing me enough and getting left behind. But he went about it in a horrible way, making me feel like I was no good, that I couldn’t go it alone as an entrepreneur. My current partner has his concerns about the financial side, so he gives me bucket loads of encouragement and my career has flourished! Be a supportive partner by all means, but voice your concerns or you might regret it later. You partner might say “well why didn’t you tell me this was going to have x and y effect on our marriage/relationship” and you will hang your head when all you have to say is “I didn’t want to upset you”.

So there you have it. Like I said, I’ve never been married but I believe that honest is the key ingredient in a happy relationship.

Hippie at heart. I love creating things. New to the world of kink. Discovering my submissive side and my love of receiving pain. I mostly write erotica. Not hugely into Doctor Who, with the exception of David Tennant.

I Call Bullshit, On The 8 Lies I Tell My Husband

by littlebixxie time to read: 13 min 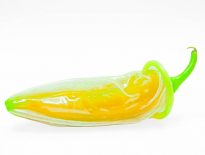