The Rabbit :- Everything you’ve ever wanted

To know about the best sex toy ever invented, the wonderful Rabbit

1983: The Advent of Animal Vibrators Sex toy company Vibratex becomes the first to bring dual-action vibrators (with internal and external components) to the U.S, says the company’s owner, Shay Martin. Because the toys were made in Japan, where manufacturers weren’t actually allowed to make vibrators, the devices were shaped to look like animals and came in bright colors as to trick the ol’ no-sex-toys-allowed rule enforcers. (Other companies made their products in China, which didn’t have the same restrictions, making these happier, friendlier alternatives to the standard vein-y penis dildo appealing to the ladies.) In ’83, the Beaver, the Kangaroo, and the Turtle (now defunct) debuted, and they all had an internal, penis-like component, along with different types of ticklers for external stimulation. Famed sex shop Babeland opened its doors in Seattle this year and began selling the Rabbit Pearl from the very beginning, says store co-founder Claire Cavanah. In 1997, the store opened its New York City location and began offering the next model of the toy, the Rabbit Habit, which had its battery pack and controls in the base of the toy, rather than a separate attachment. This was kind of a big deal when you think about how annoying it would be to have a cord flapping around—and potentially getting tangled—while you’re trying to get yourself off. Then-Desperate Housewife Eva Longoria further upped the Rabbit’s cred by mentioning her love for the toy in an interview with a national women’s magazine. “I give Rabbit vibrators to all my girlfriends,” she had said. “They scream when they unwrap it. The best gift I can give them is an orgasm.” (Her praise for the device boosted Babeland’s sales of the toy alone 30 percent.) In June 2006, the Rabbit Habit got the magic fairy dust of solidified success (i.e. Oprah’s stamp of approval) when it was billed in O, the Oprah Magazine as the “Rolls Royce of sex toys.” Baller. Stylish sex toy company Jimmyjane added the “Iconic Rabbit” to its lineup of sleek sex toys, borrowing the original Vibratex design but manufacturing the toy all in white. This shiny new Rabbit became part of the company’s “Usual Suspects” line, which features the best of the best from other sex companies but with Jimmyjane’s elegant spin. Savvy, jet-setting types could finally take their solo sex acts on the road with the new Rabbit Dancer, a mini version of the original rabbit that comes with a detachable rabbit for compact storage. Though, its small size doesn’t mean some clueless TSA agent won’t fish it out of your bag for further examination. Fans of the toy could now follow @RabbitVibe on Twitter to KIT with their favorite masturbatory tool. #Unnecessary? Since 1984, the types of Rabbits have multiplied…like rabbits (ba-dum-ching!), with new iterations in different shapes like the Dolphin and the Butterfly.  Conservative estimates show that over five million dual-action vibrators (often called “twice as nice” toys) are now sold each year.

Still, the original Rabbit design remains a number-one-selling vibe and companies continues to make modifications to improve the original, including the addition of a cordless battery pack, as well as more vibration options. And given that 2014 will be the 30th anniversary of the toy’s release, there just may be a special edition of the classic toy on the horizon.

Article Name
The Rabbit :- Everything you've ever wanted
Description
We have just stocked up on lots of the popular choices so thought it's the perfect opportunity to honor the revolutionary Rabbit, which changed female masturbation—and the sex toy industry—forever.
Author
Jon the nudist

The Rabbit :- Everything you’ve ever wanted

by Jon the nudist time to read: 7 min 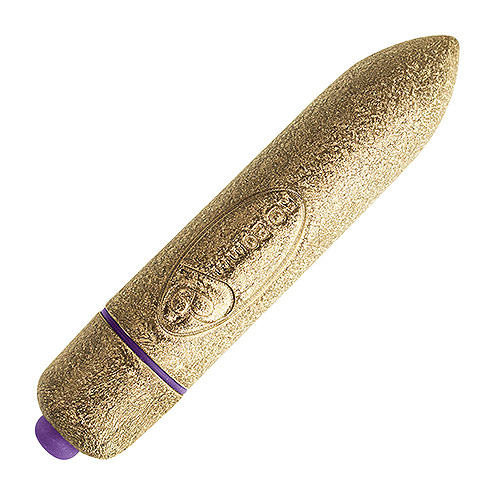