Bisexual people face their own set of challenges

According to a new report, 38% of bisexual people are not out at work, compared to 7% of gay men and 4% of lesbians.

Stonewall UK released a report about LGBT people in Britain and their work experiences. It reveals new information about the community — mainly, that it doesn’t consist of blanket experiences.

YouGov carried out the survey for Stonewall. They interviewed 5,000 LGBT people in England, Scotland, and Wales.

It explores aspects of workplace life, safety, and fear.

The experience of bisexual workers

The difference between bisexual and gay people at work presents a stark reality.

Of the total people surveyed, 28% identified as bisexual.

As bisexual activist Lewis Oakley tweeted: ‘One solution will not fix all of the issues in the LGBT.’

People in the community don’t have one general experience. Addressing an issue for a certain part of the community may not work for another group. The reality is far more complex than that and therefore deserves a more nuanced approach.

Bisexual people face their own set of challenges and stereotypes that do not always extend to other people in the community. A lot of people think bisexual people are confused and promiscuous. It gets worse for bi women, with people thinking they’re ‘unstable and undependable’.

10% of LGBT people of color have been physically attacked due to their identity, compared to 3% of white LGBT workers.

Furthermore, 12% of LGBT people of color have lost jobs as a result of their identity, compared to 4% of white LGBT staff members.

Staying in the closet

‘From being fairly explicitly “out” at work,  I found myself toning it down a little due to a good perception that it wasn’t appreciated,’ wrote Quincy.

‘One aspect of my anxiety comes from the feeling that being “out” is all very well, as long as I am prepared to sacrifice any serious career progression. Equally, in applying for a new job, I hid my gender/sexual identity entirely, presenting myself fully in my assigned birth gender, knowing I could easily jeopardise my job prospects if I didn’t.’

Another woman, Aurora, said her colleagues automatically assume her partner is a man.

‘I use the term partner when I speak about specific events but people say things like “he”, “husband” etc. Whilst I would not call this direct discrimination, it does make me feel uncomfortable.’

Bisexual people face their own set of challenges

Group Sex The 3some, Part 1 Finding a Willing Participant 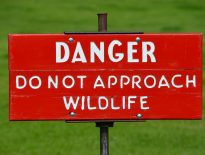