Reasons Why I Am Unfit For Dating

Why I Am Unfit For Dating

I can’t Netflix and chill, at best we can obsessively browse through Tumblr on our own phones until it’s time to go home. And isn’t it better to just do that at home? I mean if I find something I want to show you, I can just share it with you?

Apparently when I ask people to come do yoga with me and then have some juice they don’t realize it’s a date. So even when I am asking people out, they just think I’m asking them to be part of my boring-ass life. I’m not. I just wanna wave my butt in their face and share a papaya smoothie. Jeez. It’s like if you don’t wanna drink poison, you can’t have a date.

Any and all time I spend on OkC is spent mentally correcting formatting errors in people’s profiles. Any time I spend on tinder is spent wondering who the fuck raised these people. I’m told I can just meet people in bars and stuff and I have memories of doing that but I but I don’t understand that anymore, how do I meet someone without getting a sense of their whole personality from one page-worth of information? Also it turns out if you’re mean to people on the date, they don’t think you are flirting. They just think you’re mean. Who knew? I sincerely thought sarcasm and flirtation were the same thing.

I hate putting on pants. They don’t let you into restaurants without pants. Ridiculous principle, in my opinion. I don’t need pants to eat at home. Why do I need them in a restaurant? Huh? In fact they get in the way.

It’s not socially acceptable to just pass notes to each other through the date and really that’s all I want to do at any given time. It’s serious enough that if my partner senses I want to say something, he’ll just pass me my phone so I can text it to him. I think the perfect relationship is one where you text and pass notes and write letters, then meet to have sex and then go back to textual communication and maybe silently cuddle through the night. Anyone up for this? Thought as much. I am unfit for dating.

Why I Am Unfit For Dating

I want everyone to come home to date me. I don’t want to go anywhere at all for anything at all but sadly the following things have happened because of this habit:

I’m super awkward with the cheque thing. Like, I want to pay for my food and sometimes I want to pay for your food too. Just happens sometimes you know, you take someone out you want to take them out. Sometimes people want to pay for their food and my food. Sometimes that’s okay. Sometimes that feels wrong. Sometimes it gets too political inside my head. Sometimes I don’t know how to handle this. That discussion has led to me just putting my head down on the table and holding my card up above my head. If someone takes it, great. If they don’t, I just keep my head there. Or I just won’t eat anything on the date because I don’t want to deal with that situation. Also, not kidding. I’d rather pick up dinner on my way home than go through this. I talk about sex sometimes as a social and physical concept but somehow it leads to people thinking I want to have sex with them. Sometimes I do. And sometimes I have to deal with so many advances I didn’t want. How do you keep people from wanting to fuck you because you said the word sex? I tried growing out my mustache, didn’t work. I am unfit for dating.

I already mentioned about the pants right? Just mentioning it again so you know just how much I don’t want to put on pants.
(And don’t tell me I can just wear dresses, because then I have to wear underwear and those are just tiny ass pants.)

Reasons Why I Am Unfit For Dating 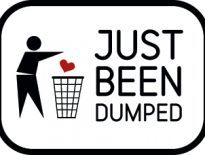 couples Are about to be dumped? Here are the tell tale sig… 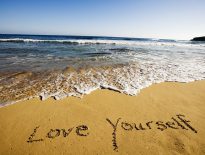