I was sent to go to the bedroom and told to strip naked. He had asked me earlier if I would like to have a rub down and of course feeling like I had been lately (depleted, tired & rundown) I happily accepted. I could use some me time without the me doing any work. He didn’t say anything else to me after the request. I call it a request because ordering me around doesn’t bode too well even if I’m in the mood to oblige.

When he came in he had a small bowl of coconut oil ready to go. I’m not sure where he started, I’m not sure how much I moaned because I had been missing touch so much but it felt so good. You know what I mean……when the warmth of a hand hits your soul because you have been feeling so bad lately that all it takes is a little human to human contact to sink into your bones. That’s what I had been missing. I’ve been quite clingy lately. Needy in fact and I could use to be petted more often.

With his bowl in hand he started rubbing on me. Back side first. Kneading into my skin and ooohhhh how good this felt to me. I can’t not say enough how much I needed that. Upper arms, back, ass, legs, and even my feet. Couldn’t hurt to rub my feet since he has a fetish for mine. My arches were talking to me. I didn’t want to budge but at the same time my tummy was a little upset and so I rolled over to feel his warm hands. (He always has such a warmth to him that if I ever end up in a snow storm I know exactly where I will end up. Snuggled like a cuddly bunny right in the crook of him.) Hoping he wouldn’t forget most of the good naughty bits on the front side I was ready to be violated after the over all body rub. Off he went.

Legs, tummy, chest, and breast. They all had ample attention but when it came right down to it the best part was yet to come.With the lightest of touches and a very slippery finger he gently glided the oil all around my lips.

Up and down, around and round his fingers glided all over my pussy and it was heaven. I’m not really sure what exactly he was doing down there but I have no complaints what so ever. All I know is he had me arching my back and telling him not to stop. He follows my “requests” pretty well too.

I gripped the head board, arched my back to stretch it out, and felt like climbing through the wall it was such a good orgasm. You know the ones that keep going until you can’t take it anymore and you must stop for fear of damaging your cunt. He kept going and going and eventually I had to roll over and clench my legs together to stop him. Yep, I did that.

1.) When was the last time you touched your mate and expected nothing in return? Try it sometime and see what it gets you in the way of appreciation and intimacy.

2.) Coconut oil is one of the best damn lubricants out there hands down……or maybe it was just the person behind the oil that did my body good.

couples Are You Having Issues With Your Libido? 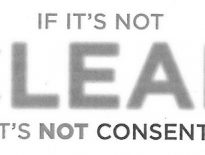