Whats the best way to wank? With meat! Just like Pokemon, ways to wank have been evolving. So as a bit of background our ancestors used to put a stick covered in termites in their dicks to get off. Nowadays, we have robots that will give us space-age hands with a super grips and lube designed by NASA.

As with all things, Is newer better? If you’re dying of a terrible disease, you can go to a hospital for treatment with modern medicine, but some people still like the idea of using herbs to clear up a sucking chest wound. Who knows what might work? So with that in mind, I have decided to determine using science, just what is the best method of wanking. Do the old ways stand up to today’s modern world?

About a year or two after you’ve mastered the hand technique, your mind starts wandering. Your hand is one thing in a world of many things. Probably, like, 100 things. What would those other 99 things feel like if they were used on your cock? So you start experimenting. Maybe it’s Halloween and you have a pumpkin handy. And I am sure you have all tried the beanbag chair which had sprung a leak and has an appropriately-sized orifice barfing beans in your room.

Use Ham To Wank

I’m not saying you can’t use turkey, or even tofurky, if you want. Its the texture more than anything which, upon rereading this sentence, is somehow even more odd. So lets get down to it and for this you will need to take a slice of deli ham and in this case, you don’t necessarily want it super thin — and maybe pop it in the microwave for 10 seconds. Maybe you want it in a piece of bread for added grip, you wrap warm meat around your cock, and strum away like Clapton performing his final concert.

So our wonderful Fleshlights has apparently sold over seven million units worldwide. Each one is like that horrible monster that Coach pukes up in Poltergeist, only instead of a demonic preacher’s face, it’s a molded rubbery vagina or bumhole. The basic goal of a Fleshlight was to make a vagina into a handheld device; an idea that will get exponentially creepier the more time you devote to thinking about it.

The famous toy was patented in 1998, as the answer to the warm meat conundrum: How can I rub my cock in a way that is more exotic and satisfying than using my hand, but will not leave a slime trail of salmonella bacteria on my sack? Now, this isn’t to say a Fleshlight is an unpleasant experience. If you have the chance, you go ahead and poke that little rubber fun hole. It’s not bad at all. I would argue that its is to sex what Taco Bell is to a Mexican banquet. It’s not really in the ballpark, and sure, some snotty people who think they’re better than you will make fun of it. But you know what? When you’re drunk at 2 a.m., that shit is a godsend.

Whats the best way to wank? With meat!

ejeculation How To Get Over Getting Caught In The Act 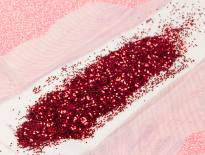