The state of the Fifty Shades of Grey relationship

It’s a pretty gross portrayal of relationships in general. Lots of manipulation and classic “shitty infatuation romanticized as love”, which is true of many “romance” books.

Then he is manipulative and controlling. Emotionally abusive. Stalking. Tries to cut her off from friends and family thereby isolating her from any support structure but him.

Yeah, its not a surprise his ex is mentally destroyed by him. I think that a majority of kinksters were disappointed that what became mainstream happened to be a Dominant sadist who was brought into the lifestyle underage, that he was portrayed as “broken” and needing to be “cured” of this part of him, and the implication that childhood abuse is what somehow made him this way.

Additionally, their relationship is kind of a mess, going in both directions IMO. Their lack of open and honest communication, the lack of starting on a level playing field, and both his non-consensual control and her constant “I will fix you with true love” bullshit puts such a bad taste in mouth.

People throw around words like “safe words” and “kinky” and “Dominant and submissive” so much more now. So maybe one day, if I work and speak and continue to spread the word of my real experience in Power Exchange, the combination of the popularity of 50SOG and my good example can help people understand the truth: we’re not broken, abused, or abnormal. We don’t need to be fixed or cured or saved. We’re normal, everyday people. Who happen to get our dicks hard or panties wet over something other than them.

Now is the popularity really down to the fact women like a bad guy simply highlighting that women will put up with anything for a sexy handsome rich man, FlirtyCrazyKinky puts it done to the Disney movie lifestyle.

In conclusion just think about it the Fifty Shades of Grey relationship is a fantasy story if a guy or girl is treating you like you see in the books or on the silver screen then get out call the police. You could write two books with the pointed analysis of how shitty FSOG with the posts on any of the BDSM related subs. The community as a whole is pretty clear, and a simple search should give you hours of material. I know I will try to educate those who I think are worth the time, and shake off the rest. I know a loving D/s relationship is often boring to others, just as I find their vanilla existence not my cup of tea. Would I prefer “they” see what I see? Hell, yes! But I am a realist, and I know that will never happen. The state of the Fifty Shades of Grey relationship

by Jon the nudist time to read: 7 min 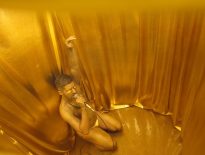 fetish Urophilia aka The Piss Fetish 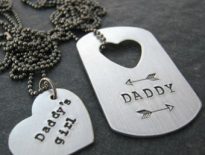