We love to share posts from friends and this post is by AncillaL a friend of ours on Fetlife shes a 24F Sadomasochist from Delhi, India. “Everytime I thrust into you, you close up and clench,” he said lying on his back.
“That’s because from my vagina I think sex is wrong and I have to say no,” I responded from under his legs.

My own words stopped me cold. I do that sometimes, with the sole purpose of pinching myself when already hurt, I thrust too much truth in my face.

During sex my vagina closes up. The moment there’s a dick rubbing up against my cunt; doors slammed even when I’m visibly turned on as fuck. It’s not something I do consciously and it’s not something I know how to control either. It is going to happen; any cock that comes knocking on my door will be resisted. There is no smooth easy sliding into me. There’s a struggle; push, masterfully guide, shove or force…
The side-effect of fucking a sentient reluctant hole is that no matter how you do it, you’ll hurt the hole.

All of that, obviously, is why I enjoy sex so much and why I actively adore my vagina.
(Can’t change it, may as well love it, right?)

According to my vagina, I’ve never physically been a willing participant in sex even though according to my brain I’ve mostly only been a willing participant. I’ve said yes. In some cases I’ve said no but I meant yes.
(I know, what a terrible thing to do that only horrible people do and no decent person has ever played with. I’m a terrible person. I get it. Karma will come bite me in the ass. There, I said it all myself.)
But my vagina always resisted dick with all its might.

We’re going to have to have the uncomfortable part of this discussion now but unfortunately, my vagina does clench at the approach of dick for a reason and the reason is not catholic guilt. (But this is not about me, this is about my vagina. It’s clinical and unemotional so maybe we could view it like that?)
When my vagina took its first dick, my brain was firing terror signals and yelling, “No, no no no no no no…“. My brain continued firing those terror signals for a couple of months. But my vagina started to like what was happening despite the terror signals. Given its training (and terror) on receiving dick, it would clench and then despite itself enjoy the pain and get wet. Then resist harder as my brain said no and with more pain get wetter still.
This is my vaginal training in sex.

My mental training in sex is that it is far more enjoyable when I say no. My reflex is also to say no. The experience in the moment, is akin to (let’s just say that word already) rape. Or my mental, personal version of it anyway.
So, according to me (apparently), it’s okay to enjoy sex if you properly resist it as well.

Reeks of guilt, doesn’t it?

It’s just after I was free of the man who terrorized and trained (I need to stop romanticizing that relationship) my vagina, I just wanted more of the same.
But more. More pain and more violence. Less coercion because this time, I wanted it.
I did want it yet with every single guy I have been with (including the current one), my vagina will close up the moment you try to push your dick into it.

Except now the mind processes it differently. It thinks of this assault as desirable and perhaps that is why it continues to make the decision to clench. It still says no, but this no comes from a different place. It’s a no from the mouth of a person who has already tripped over the cliff.

The words that once made me cry, now only turn me on.
“You don’t want this.”
“Lay there and take it.”
“He’s violating you.”
All these words that were once painful truth are now only delicious sex. And a no that has fallen off the cliff.

This is the only way I know how to have sex. That first clench is a reflex that I cannot train out of my system, every subsequent instance of resistance is conditioning, pleasure, shadows of rape and coping mechanisms.

But you know what all that boils down to?
I’m a woman who enjoys rough, reluctant sex.
There are so many of us. 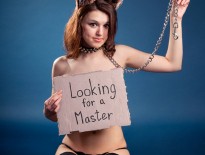 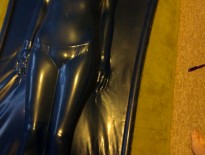