Scheduling A Gang Bang It’s Just Not That Easy!!

Our Fetlife friend TheFerrett posted this The Tedium Of Scheduling A Gang Bang the other day and for those of you not taken the jump to join yet i thought i would share it with you here!

I have a friend who’s always scheduling gang bangs.

Note the precision of that word: she spends more time scheduling a gang bang than she does having one.

Now, the popular take is that dudes are fuck-hungry horndogs who would drop anything to get their dick wet. But in truth, finding a dude who’s willing to get erections in front of other men turns out to be pretty fucking rare.

Some are homophobic, and worried the mere sight of a peen might poison them into gayness – let alone what happens if they brush up against one. Others aren’t sure whether they’ll be able to perform in front of other men, and God, it’s embarrassing enough to have Little Elvis take a premature curtain call when it’s just one woman – but a whole crowd?

Still others get sick at the last minute, or forgot they’d promised to take their kids to see the new Disney pic that afternoon. You know; normal scheduling difficulties.

And all that comes on top of the problems with arranging gangbangs- you need a burly friend you trust to tell the new dudes what’s allowed and how this is going to go down, and you have to find a hotel that’s okay with this, and you have to plan the condoms and lube to bring and worry about latex allergies, and, and, and….

By the time it’s all done, I know of at least three gangbangs that had at least eight dudes RSVPed, and nobody showed.

There’s a lot of empty gangbangs out there.

But then I think how much of kinky sex is not kinky. I think of me, getting home from a big convention and sterilizing all my fire cups, airing out the wands, checking the alcohol levels and goddammit, I gotta stop by CVS, I’m almost out.

I think of cleaning up after a big scene, the room strewn with clothes and handcuffs and knives and floggers, and starting the cold and unsexy business of putting them away.

I think of rope nuts endlessly washing and whipping their rope, forever piling it into coils, debating hard points strong enough to hang a person off of.

I think of all the tarps and sanitary processes you have to do to sterilize a scene for bloodplay, before and after.

And I think, “Why should gangbangs be any different than the rest of kink?” And the answer is, they aren’t. Kink can come organically – ask anyone who’s undergone a spontaneous scene with my sharp sharp pretty pretty princess nails – but a lot of kink is this bubble of fantastic sensation, arrived at because someone’s done a lot of work to build that St. Andrews’ Cross and to clean off the manacles so you don’t have to worry about picking up something from the leather.

And even then, there are scenes that don’t happen. The number of times I’ve told someone, “I’m gonna set your ass on fire this weekend, and then beat it!” and then never managed to find the time for them are legendary. I’m sure someone who’s not me would find it hard to believe that “getting a woman naked and setting her on fire” could be scotched because we never managed to be in the same room at the same time, but….

It happens. All the fucking time.

So much of kink fizzles because of the same ordinary reasons that other things get cancelled: flat tires. Schedule conflicts. Couldn’t find the time. And that old friend, “Not in the mood.”

A lot of kink is, weirdly, that tedium of preparation. Making sure everything is set up safely, so the proper implements are at hand and the big decisions have been made in advance.

All so when the time comes, so can you.

Whereas the truth is that kink is not, in fact, some mystical force that you tap into, but rather a choice you make to allow to happen in your life. And some of us live it 24/7, and others plan fun weekends that sometimes pan out, and the rest of the time we’re just people who’ve tried to schedule A Thing, except that Thing involves gangbangs.

And we’ve all had a party or two that fizzled. No big whoop.

Article Name
Scheduling A Gang Bang It's Just Not That Easy!!
Description
Getting a group of people together for a full Gang Bang just isn't that easy here's just some of the things to keep in mind
Author
TheFerrett

Scheduling A Gang Bang It’s Just Not That Easy!! 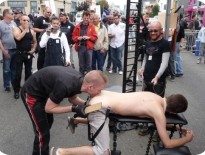 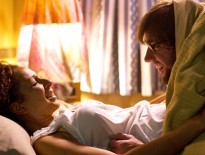