Be A Giant Cock To Save Others From Chlamydia

Believe it or not, there are a few situations where dressing up as a giant penis and spraying people with confetti is inappropriate. Promoting condom use on behalf of a sex education charity is one of those situations, according to thirtysomething Norwegians.

To clarify, sex education charity RFSU hired ad agency Involve! to come up with something for a condom use campaign, which began as a response to rising chlamydia rates in Norway. Involve! then hired 19-year-old student Philip van Eck because he was tall enough to fit in the giant penis suit they’d built. Once properly fitted, Philip ran around spouting golden confetti at total strangers in service of the campaign’s tagline, “Tiss kan overraske,” which means “Penis can surprise you.”

Involve! meant for this to be cheeky and fun, and kind of gross, and they succeeded, but not across all audiences. Young people apparently loved it, but the over-30 crowd didn’t like it one bit, and many of them called the stunt pointless and banal.

Philip thought the whole thing was hilarious, because he’s 19. But it wasn’t without a few hiccups. “If I can do a good thing for others, just by being a dick, there is nothing better,” Philip said. “The filming was not unproblematic, as passers-by wanted selfies with the giant penis. Suddenly, lots of people wanted to touch the penis and take pictures with the penis. I almost felt harassed.”

If you are worried about Chlamydia check out these symptoms

At least 70% of women with chlamydia don’t notice any symptoms. If they do get symptoms, the most common include:

If chlamydia is left untreated, it can spread to the womb and cause a serious condition called pelvic inflammatory disease (PID). This is a major cause of ectopic pregnancy and infertility in women.

At least half of all men with chlamydia don’t notice any symptoms. If they do get symptoms, the most common include:

If chlamydia is left untreated, the infection can cause swelling in the epididymis (the tubes that carry sperm from the testicles) and the testicles. This could affect your fertility.

Article Name
Be A Giant Cock To Save Others From Chlamydia
Description
In response to rising chlamydia rates in Norway they hired 19-year-old student Philip van Eck to run around in a giant penis suit they'd built, spouting golden confetti at total strangers
Author
Jon the nudist

Be A Giant Cock To Save Others From Chlamydia

INFOGRAPHIC Who would you let touch you down there? 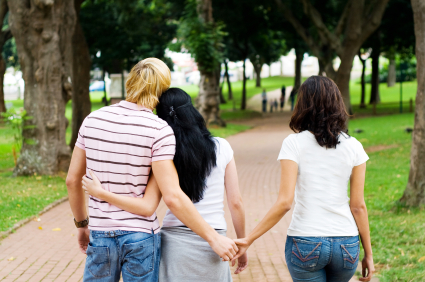