So Todays post on Rule 34 comes from my mornings catch up on what the internet has to offer so reading emails and looking around as i do for inspiration and bang Snow White and the 7 dwarfs in shows up in my home screen of reddit from the r/rule 34 and here its is.

Rule 34 the generally accepted internet rule that states that pornography or sexually related material exists for any conceivable subject. Additionally it is accepted that the rule itself has limitations and you cannot be too specific on the content of the item in question. Most commonly used on various message boards for various reasons, from humor to cruelty. That’s a cowboy hat and a feather boa. Also, they didn’t even put a sheet on the mattress, and everyone knows that’s just insane. It’s so slippy and weird. Yuck.

Below is the source its your own eyes that will hurt 😛 Jurassic Park was the highest-grossing film of all time at the time of its release in 1993 and is now the 24th-highest-grossing film of all time. At no point in the film, the book it was based on, or any of its sequels does a lady have sex with three pterodactyls. You can look it up. But here you go Rule 34 if you wanna see it for yourself i found this link (watch at your OWN RISK) Claymation is the world’s least loved form of animation. No one really likes it — we just put up with it because we understand that we could never do something like that ourselves. It must be daunting as hell to make those raisins dance and sing, not to mention all the effort going into smoothing the fingerprints out of Gromit’s face. But at the end of the day, everything looks a bit like the nightmares of a cartoon sex offender. And that’s a pretty decent segue into this video. If you were creating a list of sexy spokescritters, who would top that list? Certainly the Michelin Man, with all his sexy, soft curves. That fuckin’ hot green M&M. Maybe the Pillsbury Doughboy, if you’re into that sort of thing. But where would Mr. Peanut fall? Mr. Peanut, a melding of Mr. Burns and the Monopoly Guy, plus a healthy dose of allergens. Is Mr. Peanut sexy? Hell no.

Is this Mr. Peanut porn shoot photo real? Is it a staged piece of art to make us all feel bad that we have seen such a thing and wondered if there were any jokes on set about being salted? I don’t have the answers to these questions. All I have is what appears to be Mr. Peanut on the happy end of mouth lovin’. But it does stand as a testament to the breadth and scope of Rule 34. Cartoons, insects, wild beasts? These things are amateur hour. Someone out there is delving into anthropomorphic legumes. That shit is tight. 1. Along Came the Spider Now this is the point my wife walks in and walk right back out again with a huge fear and hatred of spiders her only words were “What the f**k” before i hear the door slam. The story in this cinematic gem is that our protagonist — let’s call him Russell — is a foul-mouthed gentleman looking through boxes in an attic. He’s dropping F-bombs and hates his job, near as I can figure. And he’s being spied on by an awful, naked spider lady.

Spider lady creeps out and Russell runs in a panic, as anyone should, because fuck that. But when I say fuck that, I don’t mean like “fuck” that. I just mean eew. He runs downstairs and there’s a locked gate of some kind, and — this isn’t relevant, but I need you to know this — there’s a bulldog sitting on the other side of the gate staring at him. I like to think that someone brought it to the set that day because they like hanging out with their dog and thought the dog might enjoy watching a spider porn shoot. Later they went out for burgers. by Jon the nudist time to read: 10 min 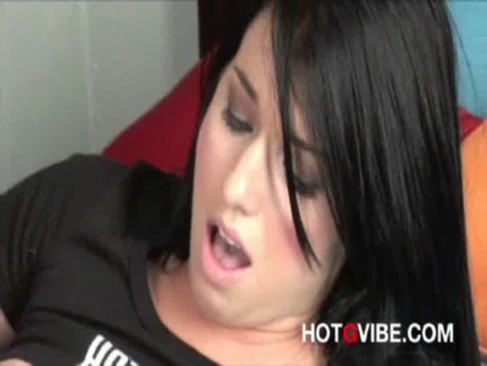