This isn’t click bait this is real and happening now Untreatable Gonorrhea is on the rise, we have all been raised in a world capable of fighting off the various and large amount of bacterial infections that seep into our bodies through an open wound or weakened immune system. But as doctors have frantically warned for decades, this world is crumbling before our eyes, with the bacteria steadily adapting to the antibiotics we use to treat them.

But different bacterias are evolving resistance at different speeds, some of the worst are approaching the point of no return, where no amount and combination of available antibiotics can work on them any longer. On this growing list of  bacteria is the most common sexually transmitted infections around: Gonorrhea. According to a series of new reports from the World Health Organization (WHO), the outlook there is even worse than we might have thought. And experts say oral sex is making the problem worse.

Researchers have been examining surveillance data from 2009 to 2014 from 77 countries and found cases of antibiotic-resistant gonorrhea basically everywhere. For instance, in 97 percent of the countries analyzed, there were strains of gonorrhea resistant to ciprofloxacin. That isn’t so much a surprise because doctors already know most front-line drugs, including penicillin, have stopped working against the bacteria that causes the STD, Neisseria Gonorrhoeae. That reality prompted health agencies like the Centers for Disease Control and Prevention to recommend treating gonorrhea cases with a combination therapy of one standard antibiotic, called azithromycin, mixed with another class of last-resort antibiotics known as extended-spectrum cephalosporins, or ESCs.

But in 81 percent of the countries, the WHO researchers also spotted increasing azithromycin resistance, and in 66 percent, they found strains building up resistance to ESCs. (That means resistance to ESCs has been reported in more than 50 countries.) Worse still, they also found three cases in Japan, France, and Spain where doctors reported complete resistance to every drug they tried.

“These cases may just be the tip of the iceberg, since systems to diagnose and report untreatable infections are lacking in lower-income countries where gonorrhea is actually more common,” Teodora Wi, a medical officer at the WHO’s human reproduction branch. The potential harm from a widespread form of super gonorrhea is frightening, to say the least. The disease isn’t typically deadly and many people who catch it, especially women, don’t even show any symptoms of infection. But if left untreated, gonorrhea can cause genital scarring and inflammation that eventually leads to infertility in both men and women, while making it easier to develop other infections like HIV. It can also spread from mother to child in the womb, raising the risk of miscarriage or the child being born blind.

In 2015, there were nearly 400,000 new cases of gonorrhea in the US, a rising rate that doctors suspect has been helped along by resistant strains; worldwide, there are about 78 million new infections a year. Antibiotic resistance isn’t the only reason that gonorrhea has returned with a vengeance—the WHO authors also note that people are using condoms less often, traveling more, and not getting tested—but without more treatment options, it’s only a matter of when, not if, we’ll start seeing super gonorrhea become the new normal.

“When you use antibiotics to treat infections like a normal sore throat, this mixes with the Neisseria species in your throat and this results in resistance,” she explained. These strains are then spread by people having unprotected oral sex.

The WHO researchers note that there are three new drugs currently being tested in clinical trials, though only one of these is undergoing the last stage of large-scale research. Elsewhere, scientists are trying to unearth combinations of older drugs that might act as a stopgap, and one team is even exploring using mouthwash to stop throat infections of gonorrhea. But all of these efforts are being hurt by the lack of funding and interest from pharmaceutical companies: New antibiotics, unlike the latest heart drug, are hard to make a profit from since they’re not used for chronic conditions.

In any case, it’s unlikely that things will be getting better before they get a lot worse. 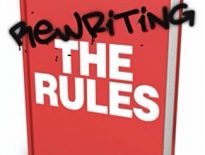 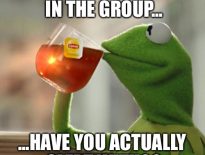 Sex How Many People Have You Slept With?
0
Share This