Get Better Acquainted with Your Labia

So while your labia are with you all day every day, you probably don’t know yours all that well. And as a believer that everyone should be comfortable and happy with your body that’s just a pity—you guys should be besties! Your lovely lady lips—the folds of skin on either side of your vagina—are an important part of your body. After all, they protect the crown jewel your clitoris.

Fahimeh Sasan, doctor of osteopathy, an assistant professor of obstetrics, gynecology, and reproductive science at the Icahn School of Medicine at Mount Sinai, has created this is to help give us the lowdown.

1. The Labia Guard Your Goods “The labia are part of the external female genitalia,” says Sasan. And there are two parts to them: the labia majora (the outer labia) and the labia minora (the inner labia, which is inside the labia majora). The differences? “The labia majora is bigger, fattier, is on the outer portion, and has hair,”. Their main function is the same, though: protect the clitoris and opening of the vagina and urethra—where you pee from.

2. Every Woman’s Labia is Different!

Consider your down-there lips uniquely yours. Color, size, length, and amount of hair can all vary greatly from woman to woman, says Sasan. The shape, she says, usually looks fairly similar—like two sets of lips (the minora are the inner lips; the majora the outer lips). As for abnormalities? Sasan says they’re rare, but if you have a sore, lesion, any irritation or burning, or a cut, you should see your gynecologist, as a sexually transmitted disease (STD) or another health condition could be to blame.

“Some women have sensitivity and arousal with touch of the labia minora during sexual encounter,” says Sasan. Doesn’t sound familiar? That’s totally normal—not everyone gets turned on from the touch, she adds. (Your clitoris is your main source of arousal and orgasm) That said, when you are turned on, your labia will become engorged with blood and might look a little bit bigger.

As you get older, it’s totally normal to notice some subtle changes down there. The major one: Due to a decrease in the hormone estrogen, your labia shrink after menopause. Don’t be shocked if things look a little slimmer in your 20s, too. As you exit puberty and begin to age, subcutaneous fat—the kind just beneath the skin—decreases (yep, even in your lady parts).

5. You Can Have Surgery Down There

While most of the time your labia won’t present any problems, if you have particularly large labia that become bothersome—they get caught in your clothes or interfere with your day-to-day activities—there is a procedure called labiaplasty. The surgery is done by a gynecologists or plastic surgeon and makes the labia smaller, and thus more comfortable. (Apparently, it’s all the rage for cyclists these days.)

Get Better Acquainted with Your Labia 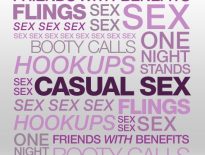 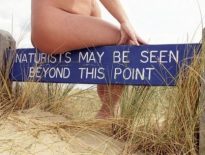 Naked Why I am a nudist! 11 things you should know.
0
Share This