Most primates and carnivores have a baculum (penis bone), but our ancestors lost theirs millions of years ago.

Although an erection might be called a boner, scientists have finally discovered why humans do not have a penis bone, we unlike chimpanzees, bears and most other mammals. The penis bone (baculum), first evolved in mammals around 145 and 95 million years ago, says a new research from University College London. for long enough to need one. (I feel a little sorry for her, sounds like she needs a good time)

“The common ancestors of both primates and carnivores had a baculum, Humans are quite weird as we’re one of the few primates that doesn’t have one”

Primates who mate for three minutes or more tend to have far longer penis bones.

Those whose intromission, or vaginal penetration, is below three minutes, she said.

“The human intromission duration tends to be below two minutes, which most people wouldn’t expect.”

In contrast, the aye-aye, a nocturnal lemur, copulates for around an hour at a time and has a very long baculum. Ms Brindle in the study said longer penis bones were also seen in species with seasonal breeding and polygamous mating systems, which humans generally do not have.

“Polygamous mating systems are where multiple males and multiple females all mate with each other, like in chimpanzees, While polygamous mating does take place among humans, it’s not common enough to necessitate the retention of the penis bone.”

Other reasons for the lack of baculum in humans is that the human mating system takes place throughout the year and is less competitive than that of other animals. Chimpanzees, who only have sex for around seven seconds at a time, have a very small baculum, suggesting that there might be evolutionary pressure among apes to lose the penis bone.

However, the monkeys have a polygamous mating system in which a female will mate with several males a day when she’s in heat. Male chimpanzees’ testicles are very large – about the same size as their brain – because they produce a lot of sperm to mate with several females.

“[Human] testicles are slightly smaller, which indicates we don’t have such a strong selection for males mating with multiple females at the same time, That’s probably the thing that finally got rid of our baculum, that we have more monogamous mating systems.” 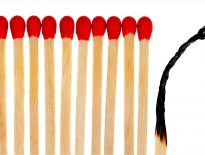 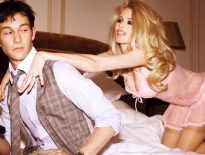