Can I Get Pregnant If……?

We get a lot of questions from readers about whether something they did could have gotten them pregnant. Here we’ll do our best to answer some of these questions. Note, this is not medical advice. We’ve tried to err, in our judgments, on the side of caution. (If you disagree with our judgments, use the form below to let us know why.) You, too, should always err on the side of caution when having sex.

Better to be safe than sorry. Can I Get Pregnant If…?

I often like to eat out my girlfriend’s pussy. Can she get pregnant from that?
Anonymous

My boyfriend and I were dry humping without our clothes and his penis slipped inside. He wasn’t wearing a condom, but I still have my hymen. Can I get pregnant?
Moira

You don’t say whether or not he came, but I’m assuming he just “accidentally” slipped it in and then pulled out before ejaculating. Anyway, if that was the case, yes, there may be some small chance you could get pregnant. Even if he didn’t cum, if he was turned on and his penis was oozing precum, that fluid could contain enough sperm to get you pregnant. Whether or not your hymen is intact has nothing to do with it. Sperm are small enough to get past an intact hymen. Next time dry hump with your clothes (or a condom) on.

If a girl has sex during her period, can she still get pregnant?
Anonymous

Yes, it can happen. A woman can be fertile for about a week during her menstrual cycle, near the time of ovulation, and if her cycle is irregular for some reason, that fertile period could fall during or shortly after her period. Couple that with the fact that sperm can live in a woman’s body for up to five days (according to some sources), and there’s some possibility that the time the sperm is hanging out and the time she’s fertile could overlap.

Can I get pregnant if I’m on the last week of my birth control pills and I didn’t use a condom, but my boyfriend came on a towel?
Anonymous

If you mean you were on the last week of a cycle of birth control pill and you started the new series as scheduled, there should be no problem and no chance of pregnancy. If you mean you were on your last week before quitting birth control pills, you still probably aren’t in any danger of becoming pregnant, as it takes your body a while to get back to its regular menstrual cycle, more than the few days that sperm can survive in your body.

I fucked my girlfriend and then I blew my load on her ass. Can she get pregnant or not.
Michael

If you jizzed on her ass and one of you cleaned it up carefully afterwards, she should be in the clear. If some dripped down her crack and onto her pussy, or got rubbed down there when she cleaned up, there could be trouble. If you were fucking her without a condom before you pulled out and shot your load, there’s some chance she could be pregnant from sperm in your precum. My boyfriend I were having sex, and when he got off the condom was broken and some juice may have went in me. I am on the pill, but this week I am taking the sugar pills because I am supposed to be on my period. I have been on the pill for 1 month and I washed myself out with soap and water afterwards. Could I still become pregnant?
Anonymous

There’s a chance you could get pregnant, not because you were on the placebo portion of the birth control pill cycle, but because it was your first month taking them and your body may not have adapted yet to the hormones. On the other hand, there may be less of a chance than usual with a broken condom, since the birth control may have already kicked in. Washing your vagina out doesn’t do much to cut the risk.

If I have a mouth full of sperm and I put some on my fingers and stick them in my pussy, can I get pregnant?
Jon

Yes, semen transferred from your mouth to your pussy on your fingers could still have live sperm in it, and that could get you pregnant. Although saliva will begin to break the sperm down, the mouth is warm and wet enough to allow sperm to survive for a while. If the semen had a chance to dry on your fingers before you put them in yourself, the sperm would have died, but if it was still wet, you were putting living sperm up there.

Peeing after sex is a good way to prevent urinary tract infections, because it flushes bacteria out of the urethra. But it will NOT do anything to keep you from getting pregnant. The urethra, the hole your pee comes out of, is totally separate from your vagina, so peeing doesn’t wash any sperm out. And even if it did, it wouldn’t help that much, In fact, if you rinsing your vagina out with water (douching) is not a good way to try to prevent pregnancy either. You need to use condoms or other forms of birth control if you don’t want to get pregnant. Yes, there is a real possibility. Pulling out is a notoriously bad form of birth control. If you are having sex repeated times, and you have sex with her after having recently ejaculated, without wearing a condom, there are probably some live sperm left inside the tip of your penis that will get mixed with your precum and flow out.

Got any questions get in touch Article Name
Can I Get Pregnant If......?
Description
We get loads of questions from readers about whether something they did could have gotten them pregnant, Here are answers some of those questions.
Author
Jon The Nudest

Can I Get Pregnant If……?

by Jon the nudist time to read: 8 min 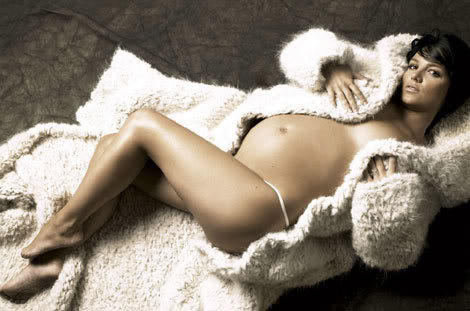