If you find yourself asking “Is my girlfriend faking it?” the answer, unfortunately, is probably yes. If you’re wondering this at all, you really need to ask yourself these two other corollary questions: “Are you giving her a reason to fake it?” and “Would you even know a real female orgasm if you saw one?” If your answers are “Yes” and “No,” or “I’m not sure,” keep reading.

Confusion about female orgasm is understandable. By comparison, the mechanics of the male orgasm are easy to observe and comprehend: Dick gets hard > Dick gets stroked/sucked/fucked > Dick shoots. Nothing mysterious there. Why can’t girls be that simple? Well, they’re just not made that way. Their sexual organs and arousal process are mostly internal. So unless she’s a squirter (i.e. she has female ejaculations), a woman has no outstanding external indicator that she’s having an orgasm. However, there are signs you can look for that indicate that she’s getting ready to come, she’s coming, or she’s already peaked.

Arousal – If she’s really aroused, her pupils may be dilated, her skin may be flushed on her face, neck and breasts, and her breathing may be rapid and may become irregular. In general, her moaning and panting will not just get louder, but speed up as she approaches climax.

Orgasm – Part of the problem here is that women can have both minor “mini orgasms” or earth-shaking, toe curling orgasms, and technically they both count as O’s. In either case though, a woman’s PC (pubococcygeal), vaginal and uterine muscles contract. It may be just a flutter, or it may be dick-gripping contractions. Some women go rigid when they come, some writhe some go limp. Some scream and some go silent. Her heart rate will increase. She may have involuntary movements, such as shuddering.

And the Oscar for Best Fake Orgasm Goes To…

Here are a few telltale signs that she’s putting on a show:

Coming EVERY time – Few women come every single time they have intercourse. If you brag to your friends your girlfriend effortlessly comes 100% of the time, you may have a faker on your hands. Also, each and every real orgasm is different. If your girlfriend has the exact same reaction to every orgasm, it may just be play acting.

Coming Without Communication – Some women can come very easily from sex, regardless of what you do, but most need their specific needs and desires met to get off. A certain position, rhythm, or sex act is often a prerequisite to a real orgasm. If your girlfriend never even hints at what she needs to climax, but climaxes all the time just the same, she may be faking it.

Out of synch – If her moaning and responses don’t correspond to what you are actually doing to her, something is wrong. Like if you stop, and she keeps moaning with the same rhythm and intensity, she may be faking.

No indication of arousal – If she’s not showing any physical signs of arousal, such as flushed skin, or increased heart rate and rapid breathing, she may be faking.

Coming too soon – Some women are just quick on the trigger, and there are exceptions, like if she is really turned on to begin with, but it usually takes women anywhere from 5 to 20 minutes to work up to an orgasm.

No recovery time – There are exceptions, but if she “comes” and then immediately bounces out of bed to brush her teeth, she probably faked. It should take her at least a couple of minutes or so to “come down” after orgasming. Why Is She Faking It?

This is not to let her off the hook, because lying and dishonesty can’t be condoned, especially in a relationship. And a woman has to take responsibility for her own pleasure in a sexual encounter and communicate to her partner if something isn’t working for her. That said, if your girlfriend is faking it, there are a limited number of reasons:

You don’t know how to make her come, but she wants you to think you’re a good lover anyway.

She doesn’t really want sex, but she doesn’t know how to tell you, so she’s trying to get it over with.

Whatever it is you’re doing to her, she wants you to stop it as soon as possible because:-

She cannot come during sex with another person and is too embarrassed to admit it.

She has never had an orgasm and is too embarrassed to admit it.

That last one is more common than you’d think. A surprising number of younger women have never come before and just do what they think they are supposed to do, usually based on what they’ve seen in movies, porn or otherwise. Still, this is the exception rather than the rule. Chances are she is just not digging your groove and is trying to spare your feelings in one way or another. It’s like when you tell her that she’s a great cook or her poetry is awesome, and then she keeps insisting on serving you overcooked steak and mushy vegetables or reading you her latest “piece.” It’s hard to back out of the lie once you’ve set the precedent.

What You Can Do

If you feel confident that your girlfriend is faking orgasms, your course of action is determined by your motives: Are you more concerned about her dishonesty, or are you more concerned that she’s not fulfilled by your encounters? People don’t like to be caught lying, so if you confront her, she will probably deny it and get defensive. And if you’re wrong, you run the risk of looking like an ass. On the other hand, if you just want to pick a fight with her, accusing her of faking is an excellent tactic.

If you’ve already got the basics down and you’ve had success in the past making other women climax, you need to find out what really works for her. This means taking your time, focusing on her body, and asking her to tell you and show you what feels good. Set aside some time and dedicate it specifically to making her come, then use what you learn in your subsequent sessions. However, if you actually talk to her about it, you may find that she doesn’t care whether or not she comes during sex with you. She may be satisfied getting off later with her vibrator. If that’s the case, she might as well drop the act for both your sakes.

Ultimately, you may never know for sure that she was faking it or why, unless she breaks down and confesses, or throws it in your face in the midst of an argument. But if you suspect she is pulling an act in bed, use it as a challenge and an opportunity to experiment. Switch up your sexual moves and see if you can give her a genuine toe-curler. That may convince her to get real with you.

Article Name
How to Tell If Your Girlfriend Is Faking It
Description
She screams, she moans, she thrashes, she pulls your hair and announces “I’m coming!” so loud that the neighbors can keep score. And yet, you still have your doubts.
Author
Is she is Faking It 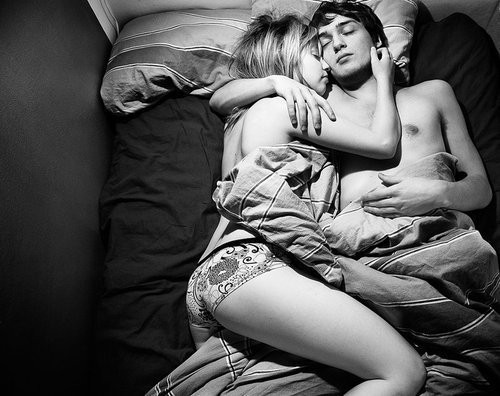 couples Spooning can make or break a relationship 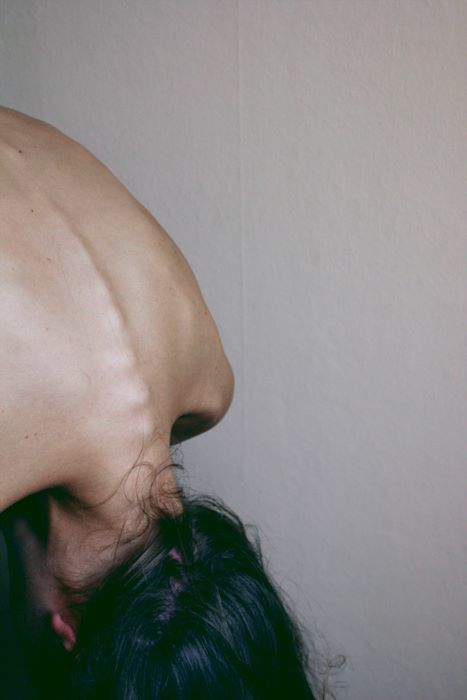