How Women Can Find Love, According to Fox News on men.” Venker argues that men no longer want to get married because all their marital targets (read: women) are into radical things like “college,” “careers,” and “feminism.” “In a nutshell,” she says, “women are angry.” This obviously unwarranted anger is destroying all potential for satisfying and happy marriages — because what man wants to stick his dick inside an angry vagina?

Women, Venker says, need to stop showing off their new-wave, intellectual, lady-symbol tattoos, and start acting more like their Eisenhower-era ancestors. If they do, she promises “marriageable men will come out of the woodwork,” rising from the floor (hopefully polished by some woman!) to take their rightful positions as job-having people, lady-protectors, and egg-fertilizers.

Because you’ve been brainwashed by vindictive feminists and probably aren’t sure what a “real woman” is, we’ve compiled a list to help you get back on track and finally find yourself a nice husband, Fox News-style.

According to Venker, “men want to love women, not compete with them.” So if you do savage things like aim for top positions in the workplace, disagree with men, or have business ideas, no one will ever love you. Except for maybe your dad — and even that’s in jeopardy if you get paid more than he does.

Venker gives us a little social history lesson when she notes, “Men haven’t changed much — they had no revolution that demanded it — but women have changed dramatically.” Specifically, those feminists who “took to the streets in the 1970s” transformed women from easy-to-love housekeepers to hardened, bitter dick-slayers, while men have maintained a staid and righteous path towards marital bliss.

Because women have pussy-whipped men off their alpha-male pedestals, Venker argues, “the men have nowhere to go.” I don’t know if you’ve noticed the parades of discouraged men shuffling their feet and groaning in the streets recently, but now you know why. By building a man shelter, not only will you help hoist these poor men back to the top, but you’ll make yourself more desirable at the same time. Don’t forget to stock the shelves with “#1 Husband” coffee mugs, cans of Manwich meat, and your satin nightie for “special occasions.” Or: smoky whiskey, tech gadgets you don’t understand, your virginity, utter devotion… If you build it, they will come.

4. Stop having sex with everyone who says hello, slattern

Venker writes, “Feminism serves men very well: they can have sex at hello and even live with their girlfriends with no responsibilities whatsoever.” Wait a minute, I thought she was saying that feminism is terrible for men. But it must be nice for men that if they live with someone without marrying them first, all their responsibilities will disappear. Goodbye job! Goodbye garbage night! Goodbye pet fish!

5. Give in to your nature

But it’s not all bad news. Venker says reversing the damage of our dastardly ways is easy: “All [women] have to do is surrender to their nature — their femininity — and let men surrender to theirs.” Why are you trying to fight it, ladies? We all know that every woman wants to shop, wear lipstick, and act submissive, just like every man wants to drive a truck, provide for a family, and have sex with women.

In Venker’s bio, she writes, “I can’t stand anything fake: people, ideas, even brownies.” I actually agree with her on this one. Fake brownies are one of the worst kinds of brownies.

If we’re really honest with ourselves, it’s obvious men are the victims here. “After decades of browbeating the American male, men are tired,” Venker writes. “Tired of being told there’s something fundamentally wrong with them. Tired of being told that if women aren’t happy, it’s men’s fault.” If women aren’t happy, it’s really because they’re pushing men (a.k.a. the key to happiness) away with their aggressive quests to be Gloria Steinem.

If, after reading this guide, you still feel some twinges of feminist rage brewing in your lady parts, check out Venker’s website for her book, How to Choose a Husband, which lays out a twelve-step guide for snagging your dream husband. (By which we mean helping him snag you, of course.) On the subject of the book, Venker says, “[Men] have a lot to say, and no one’s listening.” If only more people in the world were listening to men, or putting them in positions of authority!

How Women Can Find Love, According to Fox News 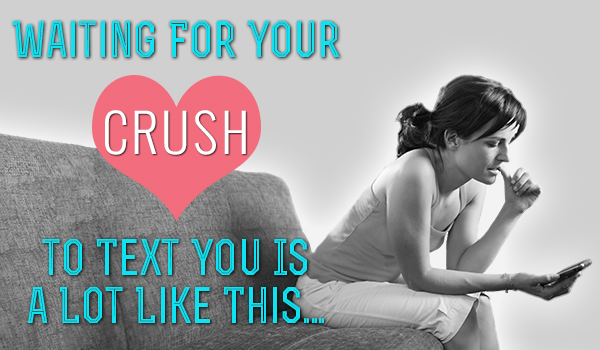 couples When the novelty is gone….. by _jellytot_
0
Share This