Are your batteries killing your sex toy?

Sex toys are among the only motorized things left that run on batteries. The old “bunny rabbit playing a drum” style toys have pretty much disappeared from the marketplace entirely. The world of battery-operated devices is dominated by electronic devices today, and those things love Alkaline batteries, which were designed for electronic devices.

This is the predominant reason that you do not see “Heavy Duty” batteries anymore, which were designed to have the voltage and current idealized for motorized items and flashlight lamps, and why you can only find Alkalines anywhere now. However, if you have “strictly motorized” sex toys, and you are stuck running them on Alkalines, pull those batteries as soon as you seen the toy is starting to “run down” and lose speed and energy! Your toy will thank you for it!

By “strictly motorized,” I mean sex toys that have only a simple motor and an on/off switch or a speed-control dial made of a wound coil of resistance wire. These toys are often the victim of Alkaline and high-current re-chargeable batteries.

You see, most people run a toy till the batteries run out entirely. If you are using Alkalines or high-current re-chargeable batteries, this is a very bad thing for the toy. A terribly bad thing! What keeps the motor spinning away is the voltage put out by the battery (like 3 volts if the toy takes two batteries, for instance). Electronic things like the amps (the actual number of electrons, or the “electron count” filling and going through the wire, which is also called the “current”).

In a water hose, voltage is like the water pressure, while amps are like the amount of water in the hose. An skinny aquarium hose filled with water would be low “amps”, with a 3/4 inch garden hose being much higher “amps” (carrying more water at a time), and a 2-inch home plumbing water pipe even higher. The water pressure in any of these three cases would be the equivalent to the voltage—the voltage being the “pressure” present in a wire (that is, how hard the electrons are being pushed through it). It is that voltage “pressure” that is making the motor spin as quickly as it does, not the number of electrons in the wire. More electrons only result in more heat being generated.

When Alkalines run down, the voltage runs out first, but there are still plenty of amps left, so the wire is “full” of electrons. All these electrons moving through the motor’s brushes are heating them up like a toaster-oven, but since the voltage “pressure” is so much less, the toy’s motor is no longer being spun fast enough to keep itself cool, and the result is a burned out toy.

It is even more complicated than that – as the voltage drops, the motor’s resistance tries to pull more electrons through to produce the pressure desired, and there are still plenty enough amps (electrons) remaining in an Alkaline battery to fulfill the increased demand. This results in the switch or speed-control heating up from the increase in electrons being pushed (well, shoved) through them, till the switch or speed control burns out (usually evidenced by “dead spots” in a speed-control’s dial long before the toy’s motor gives up as well from the increase in heat in its brushes). That also leads to even more severe overheating of the motor’s brushes. And as there is more current coming out of an Alkaline than is ever actually very healthy for the motor, switch or speed-control even when the battery is new, this is a case of difficult matters simply getting worse! So, it is really bad when the voltage has faded and there is only current remaining, heating everything up in its path. Destroying your toy…

With a “Heavy Duty” battery, the voltage and amperage curves die out in parallel, fading out at the same time, so once there is less voltage in there to keep things spinning, there also are fewer amps to be pulled from the battery. The “Heavy Duty” battery, as a consequence, doesn’t overheat the brushes or the speed-control dial, so the motors last longer and the speed-controls do not get “dead spots” as you turn them. “Heavy Duty” cells also actually last longer in motorized toys per penny spent than Alkalines do, so you can save your money at the same time you’re saving your toy!

The problem is that “Heavy Duty” batteries are hard to find anywhere. So, what to do? Well, Alkaline batteries still can be used, they just must be used with a little care. Your toys CAN be made to last a long time, even on Alkalines.

If (and when) you see the toy’s speed starting to slow down, pull the batteries out immediately. They still have plenty of amps left in them to run an electronic device like a remote control just fine, so don’t throw them away yet. Electronic devices have voltage regulators in them that convert the available amps back into the voltage needed without overheating anything.

Keep fresh Alkalines around so you can switch out batteries, replacing ones that are going weak at any time with fresh ones, so you won’t be tempted to just run the toy longer. Then use the partially spent Alkalines in your various electronic devices to use up the remaining power.

An excellent battery alternative is to buy a bunch of AA and AAA rechargeable batteries of the new NiMH kind. These still have high current after the voltage drops out just like Alkalines, so still pull the batteries when the motor begins to slow down – but then just pop them into the re-charger! Unlike the old Ni-Cad batteries, these new NiMH cells do not suffer from “charge memory” that made Ni-Cads eventually impossible to charge fully. These new NiMH cells last for years and years and are a fantastic investment for your toy habit! Still, remember to pull them immediately if the toy is starting to run slowly.The same probably holds true for most newer re-chargeables, but I would avoid using ones that label themselves as “high-current” batteries, as that merely exacerbates the problem.

Another thing to remember about batteries is to always take them out when you’re not using the toy. Especially with speed-control style toys, which run the risk of being “on” just slightly if the dial isn’t turned all the way down. And how many of you have had a toy “turn on” suddenly and unexpectedly in the bottom of your toy bag as the switch got accidentally pushed to “on?” At the airport

Dead Alkalines in your toy often will leak a nasty alkaline substance corroding everything. If this happens, be sure to wear some rubber gloves when removing the leaking batteries and clean up with a damp tissue. This leaking-alkaline stuff is like corrosive lye to your hands – definitely keep your fingers away from your eyes! (But you’ll never have dead Alkalines in your toys, because you would have pulled them out of the toy long ago when the motor slowed down or you weren’t using the toy, right?)  🙂

Following these tips you can keep your favorite toys running for years instead of months. Discounting pulled wires (the other big toy-killer), you will have accomplished sex-toy health measures that will pay off with longer lasting toys and much happiness to be enjoyed. Because, there is nothing happier than a working toy!

Summary
Article Name
Are your batteries killing your sex toy?
Description
"Heavy Duty" batteries are hard to find anywhere. So, what to do? Well, Alkaline batteries still can be used, they just must be used with a little care.
Author
Jon the nudist

Are your batteries killing your sex toy? 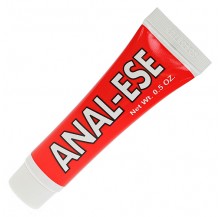 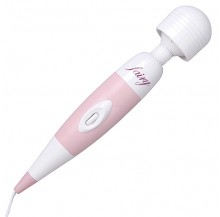