Big Noise in a Small Package

So if you’re using your vibrator in bed, probably the best thing you can do is pull the covers up or hold a pillow over your crotch while your vibrator’s in use. Interestingly, although the comforter was a lot less dense than the pillow, it was slightly more effective. Possibly this is because the pillow transmitted some of the sound waves, while allowing them to escape from the uncovered side. The comforter, on the other hand, was able to muffle the sound more completely if it surrounded it in such a way that the noise didn’t escape through an opening.

Can You Hear Me Now?

Vibrators vary tremendously in the amount of noise they put out. The amount of noise depends a lot on the type of motor, but the material and design of the case also contribute. Hard plastic tends to be noisier because the motor and other parts will rattle around, and noise can resonate more inside a hollow plastic case. Vibrators that are made of or are covered in rubber may be quieter because the rubber absorbs some of the sound. In general, cheaper vibrators tend to be noisier, but there are exceptions.

The original post was from homemade-sex-toys and comes with audio so you can hear the difference! 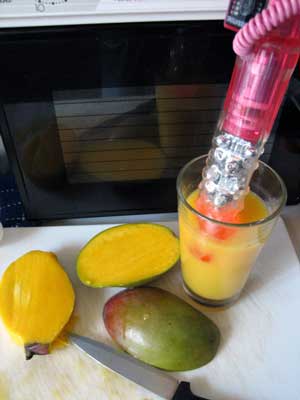 couples Jon the nudist’s guide to picking the best V…

couples Do you think the neighbours can hear us?
0
Share This