The worst day of my life was when I got sold into slavery.

I don’t blame my family for doing it. It was necessary for staying out of poverty, and I understood that it was the very last resort. I still wasn’t happy about. My arrival at the slave house was a reluctant one, and my defiance had earned me more then one beating. But as time went on I learned to accept my new place and even made a few friends at the slave house.

however it was never meant to be permanent home. After a several months I had gotten sold to a new master. I had mixed feelings about this. I only just got comfortable as a slave and wasn’t sure if I was ready to serve. To make matters worse I had never even met my new master; he had picked me out of a catalog.

And that is where I am now: Being transported to Master’s house. I sat naked in an awkward fetal position inside a cardboard box barely big enough to hold me, with my hands bound behind me a ball gag in my mouth and a collar around my neck. The road must be very rough because the box jostling around and at some point fell over so that I was now on my side. I was so glad when the car pulled over and stopped moving. The box was dragged out of the car and placed on dusty ground. I heard some chatter, the driver-who I had never seen- get back into the car and drive away.

The box was then placed on some kind of trolley and wheeled inside a house. I heard the packing tape being ripped off, the box then opened up and I got my first look at Master.

He was a very bulky man, with dark hair and lightly tanned skin. He reached in and took me by my collar, dragging me out of the box and forcing me to stand. He then examined my body, wanting to make sure he got his money’s worth. He rubbed my nipples, then his hands traveled down my body until they found my pussy.

As suddenly as it had started, the finger-fucking stopped, leaving me frustrated. Master smiled. “You seem very responsive, that’s good. I like that in a slave.” He then took the gag out of my mouth and made me clean off his fingers. “Well, its time to give you the grand tour of the house.” He said, taking a leash out of his pocket and clipping it on to my collar. I was in no mood for a tour, I just wanted to finish off what Master had started. But with my hands still bound I couldn’t, and I was forced to follow Master.

The finger-fucking had taken place by the front door, and first stop of the tour was the living room. It was a simple set-up with a couch, TV and coffee table as well some pictures on the wall. I hadn’t had a chance to take a good look at them since master had almost immediately dragged me to the kitchen.

“I expect you to make my meals from now on.” Master began. “I am very much a believer in getting the most out of my slaves, and I will not shy away from punishing you should you disobey. This is where you will be eating.” With the last statement, Master pointed to a dog bowl on the floor. My face burned with humiliation. I had suffered many indignities at the slave house, but even then eating out of a dog bowl like an animal was new to me. I had noticed a second bowl near it but before I could ask questions I was taken upstairs.

“Yes Master.” I replied immediately. The finger fucking was still on my mind.

I had no problem understanding the implication. I crawled over to Master and took his cock in my mouth. I sucked to the best of my ability, but it wasn’t good enough. Master held my head still and began thrusting, roughly fucking my mouth. I gagged, but Master didn’t pay attention. He was panting, and with one final thrust that brought my face right up against his crotch, he came.

“Don’t you dare spill.” Master warned as he pulled out of me. I immediately swallowed and gasped for air, the face fucking hadn’t given me much of a chance to breath.

After putting his cock away, Master got up and took me with him. We went to one of doors on the side of the room. Master opened it up; it might have once been a closet, but it was now barren except for a thin mattress.

“This is where you will sleep.” Master said. “Would you like to rest now?”

I looked into the little space. It didn’t even have a light in it, and it certainly wouldn’t be the place I’d want to spend my free time. “No thank you, sir.” I reply.

“Oh, I think you need it.” Said Master maliciously. He roughly pushed me into the cramped room, closing the door behind him. Then I heard a lock click and footsteps going out of the bedroom.

Mainly the story writing alter ego of 'confessionsofPOFer' not always. Writing about whatever takes his fancy at the time. Any similarity to actual people living or dead and all that jazz is purely coincidental. Probably. Think you can do better? email [email protected] to discuss having your work posted or even having your own blog. Think you could sell your work? check out our sister site www.velvetlibrary.co.uk 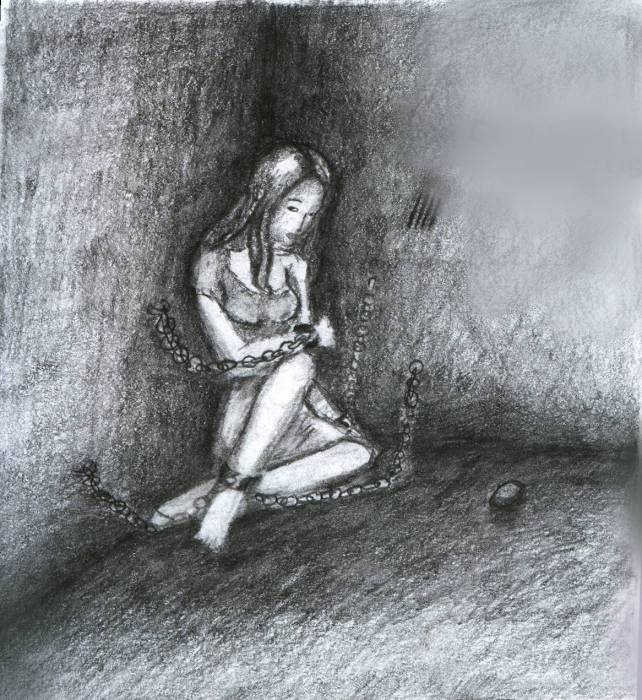 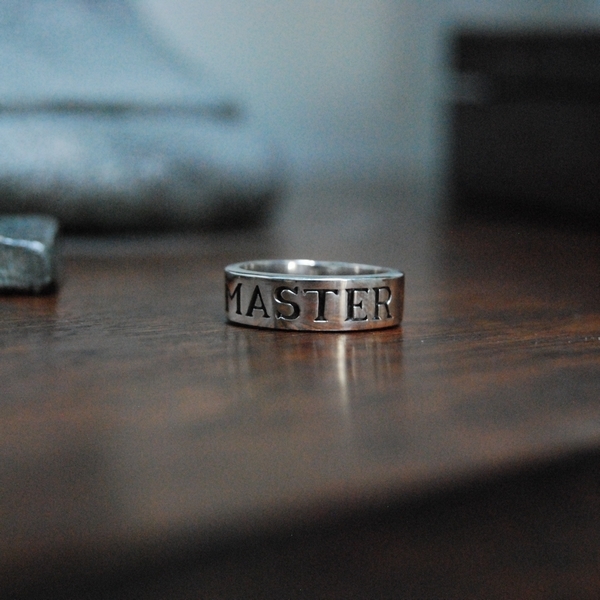